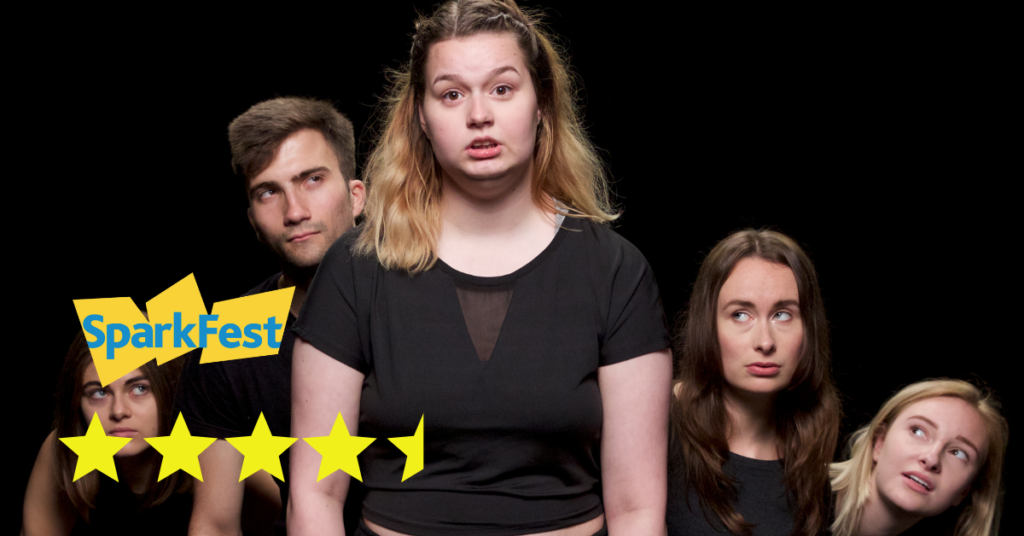 When a subject becomes taboo, it is easy for misunderstanding and misinformation to fill the vacuum left by the silent unspoken. This is certainly the case with perhaps one of the world’s greatest taboos, mental health and mental ill health. Yet, while more conversations are opening up around the experiences of those who suffer with mental illness, certain mental disorders are still steeped in misinformation and ignorance. Obsessive-compulsive disorder is one such condition, and it is this disorder that forms the main crux of Moonhouse Theatre’s show, The Neat Freak.

Created by Charlie Henderson-Howat and Ellen Larson, before being developed by Larson’s own company, Moonhouse, The Neat Freak follows the story of Meg (played by Larson) through her childhood and into young adulthood. We see Meg’s obsessive behaviour grow into full fledged OCD, beginning with small rituals of watching television with her dad every night into the destructive cycle of self harming cleansing compulsions as Meg is physically and mentally eroded away by the ravenous wolf of her disorder. An ensemble chorus represent Meg’s intrusive thoughts that fuel her obsessive compulsive rituals, played by Moonhouse regulars, Laura Haybrock, Zoë Fawcett, Rob Bellamy and Odette Clark, bringing a Greek style tragedy to this very modern show.

Moonhouse Theatre peels back the layers of its complex subject matter in a way that is both emotionally powerfully and narratively engaging. It is no surprise that this is a piece shaped by people with the lived experiences of this mental disorder, for the nuanced handling of OCD in The Neat Freak is so expertly precise. Through ingenious use of movement sequences and the physicalisation of Meg’s compulsions through the chorus, the reality of living with OCD is laid bare; that living with such a condition is to live in constant fear of your intrusive thoughts becoming reality, and the only way to prevent your own self-fulfilling prophecies is to carry out your specific rituals. There is an air of the prophetess Cassandra about Meg’s character, which seems only fitting given Moonhouse’s background in Ancient Greek theatre. This is a hauntingly brilliant piece of ensemble theatre that examines a widely misunderstood condition with masterful intelligence and nuance.