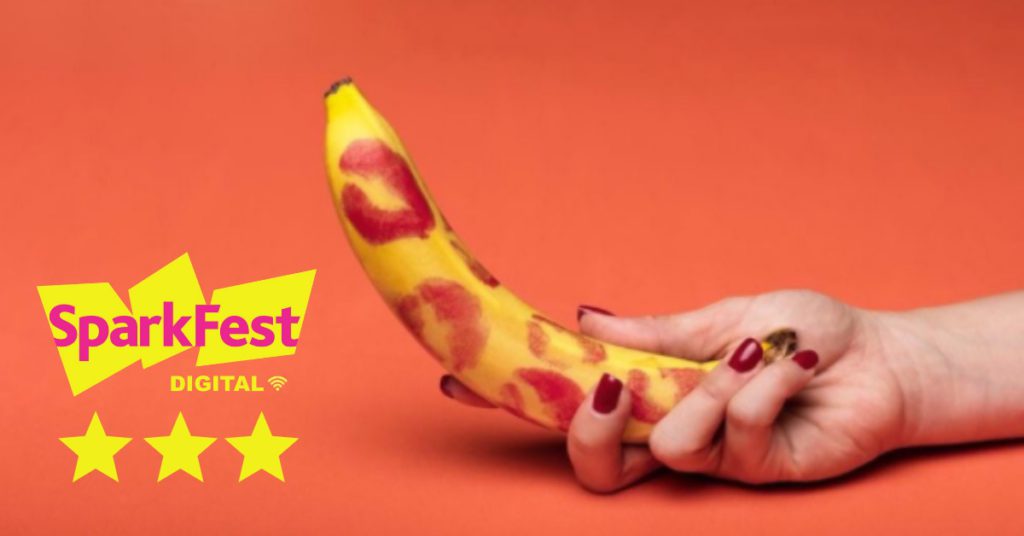 Lockdown, social distancing and… sex? It’s a tricky combination that many of us have had to try and navigate in this COVID world. Add in the already awkward baseline of repressed British self expression and you have a field ripe for comedy picking. This is the brilliant basis behind theatre collective From Rags to Witches’s spoof dating show, Super Spreader: sex in lockdown.

Over the course of this half hour show, we are introduced to Helen (a bookish food journalist), Dwayne (a football mad gamer), Tag (a closeted young bartender), Meg (a polyamorous conceptual artist), Archie (an up and coming rapper) and Jennifer (a bubbly call centre operator), all of whom have been unlucky in love. It’s an amusing mix of clashing characters, yet what makes Super Spreader even more intriguing is how writers and performers Alex Wollacott, Holly Leggett and Vanessa Ndema play with the show’s casting; not only are the women of the show played by Wollacott, Leggett and Ndema, but so too are the men.

Donning masculine drag, Dwayne’s Bristolian bravado is brought to life by Alex Wollacott, as Holly Leggett brings a sweet tenderness to the tragic figure of Tag, while Archie’s hilarious lack of self awareness is given a skillfully underplayed performance by Vanessa Ndema. Indeed, it is in these three key performances that Super Spreader’s strength lies as a comedy. Wollacott and Ndema shine with particular verve as Dwayne and Archie, inhabiting the clumsy macho nature of their alter-egos with a comedic edge that cuts through the sometimes awkward timing of other scenes. Leggett’s Tag, meanwhile, brings a more gentle comedy to temper the other two more brash male performances, touching on the toxic masculinity within internalised homophobia in a way that tips the scales between comedy and tragedy.

Super Spreader is a fun half hour that follows in the tradition of many great British mockumentaries, and while some of the comedy beats don’t quite land, the show’s drag kings are the true stars of the piece; I hope, perhaps, this won’t be the last we see of Dwayne, Tag and Archie.