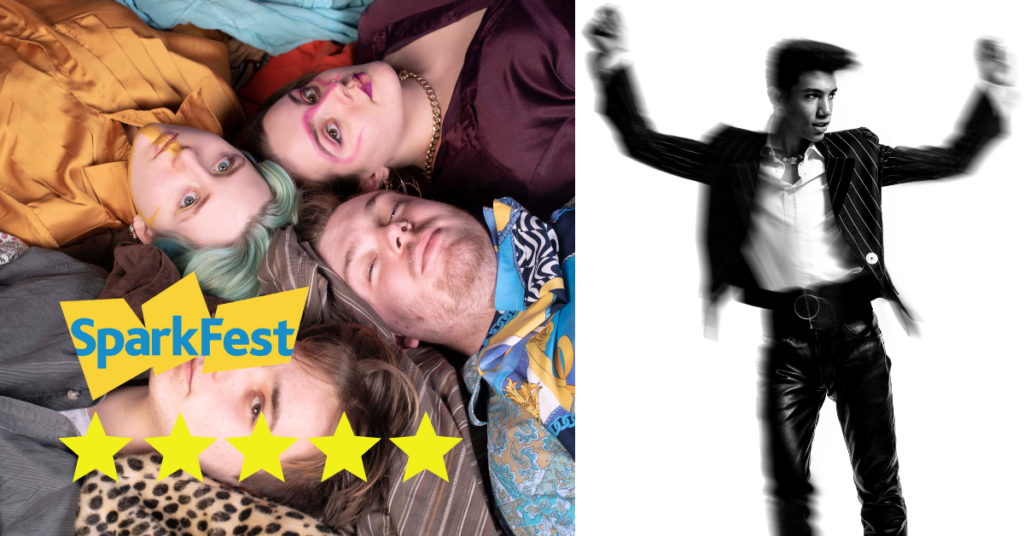 On Wednesday 19th May, at Widcombe Social Club, SparkFest played host to a concert co-headlined by Shooga Bloom and Mazaratee… Live music! Played indoors by real people, in front of our very eyes! Who would have thought it?

Luckily, after so long waiting for the return of the ‘gig’, neither performance disappointed.

Shooga Bloom played the first set – a mixture of original material and covers performed by three vocalists (one of whom occasionally played electric bass and programmed loops from a laptop) and an electric guitarist. The result was forty five minutes of soothing, soaring soul: delicate three-part harmonies and counter melodies that wrapped themselves around you (and lilting acapella endings that fell like leaves at the end of a number of songs); well-crafted contrasts between bursts of bristling energy and driving riffs on the one hand, and airy, breathy bridges on the other; and an easy presence that invited the audience into the ease which permeated every aspect of the group’s stylish playing. The highlights were their original songs – ‘Grapes and Whiskey’, ‘Eyes Rain Down’, and ‘Fuck the Way You Lie’, which allowed the group to showcase their unfaltering vocal ranges, affirmatory lyrics, and a highly-sophisticated ear for harmony and structure. If anything, these polished, intricate performances overshadowed the group’s arrangements of various covers.

Mazaratee followed next – a high-energy rock trio that had the difficult job of playing to an audience who had to remain seated. In this situation, it would have been easy for the band to appear self-conscious, however they delivered a performance that was engaging and energetic – a convincing mix of extravagance, glamour, playfulness, and even irony. Meanwhile, the group’s music was catchy, theatrical, and dizzying (in all the best ways). The highlight was the final song – a teaser of the group’s upcoming single – which encompassed all the highs and lows, the whoops and the stamps, and the exuberance of Mazaratee’s set. Particularly enjoyable were the call and response vocals the band coordinated with the audience, and an electrified, engorged rock-and-roll ending to the final song which called out to the kinds of musical experiences that are hopefully not too far from the horizon.