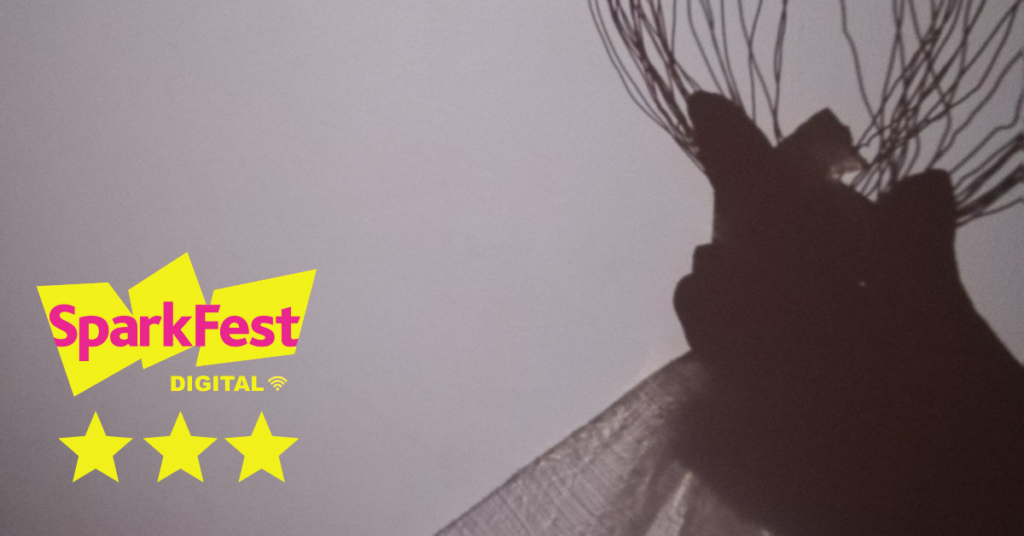 Freak Show explores the dark underbelly of the typical circus trope through puppetry, looking to create empathy for characters that have been badly treated because of their appearances. The piece looks at four very different characters, each struggling silently in their own way as they perform for an audience and suffer backstage. One character appears to be tied up and unable to escape, while another seems to be afraid to show their face and tries to hide inside a box. One of the puppets represents a conjoined twin alongside its puppeteer, which is a very interesting use of hybridity as there is an acknowledgement of the puppeteer as both a character and a part of the puppet itself. The range of puppets themselves was very interesting, moving from a quite recognisable skull in a hoodie to a very abstract creature created from wire and a bag of rice, which surprisingly sparked the most empathy in me as a viewer. There was a very clear desperation and sadness in this puppet’s performance as it tried to break away from its leash. Through the lens of monstrosity, Freak Show is a slow and haunting exploration of both the internal and external struggle that many of us have with our appearance.