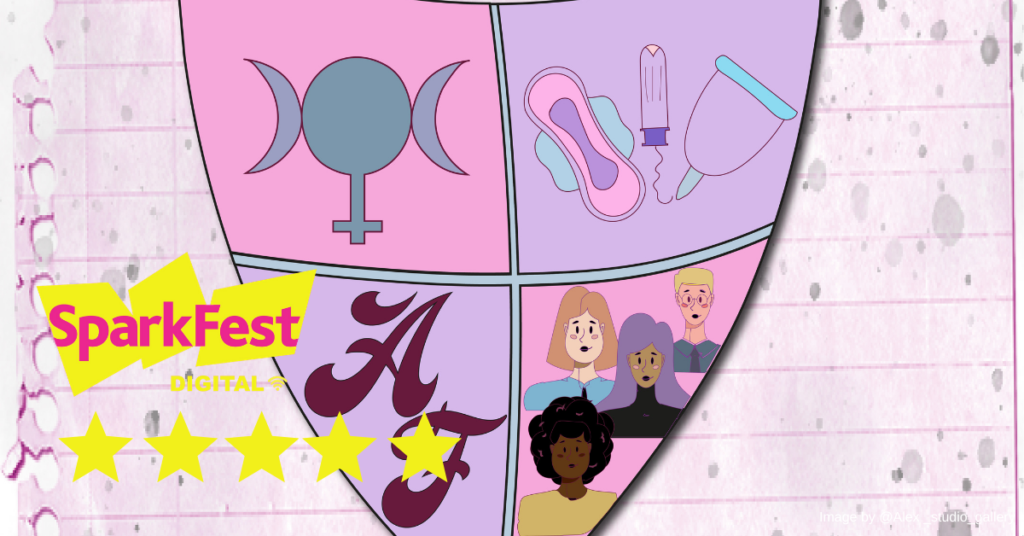 We are entering a new era of comedy. At least, I hope we are. The age old favourite phrase of misogynists everywhere that “women aren’t funny” seems to be losing its power as more and more modern comedy icons are indeed women. We’re funny, we always have been funny, it’s just the world is finally catching up with this fact, and it is this spirit that beats at the very heart of Jury’s Out Theatre Company’s digital sketch comedy, Aunt Flo’s School for Girls.

This collection of sketches, spoken word and spoofed ads bring together a show that is reminiscent of comedy titans like That Mitchell and Webb Look and Smack the Pony. Created by Lauren James Howells and developed with Taylor Bond, with writing and performances from its extensive ensemble cast of Esme Michaela, Ayse Demir, Monique Eleanor, Elizabeth Howard, Natalie Prescott, Louise May Mosley, Robyn Naylor and Charly Beahan, we are taken on a whirlwind ride through the hypocrisies and outrageous inequalities of living as a woman in the 21st Century. At points zany and surreal before swooping into the realm of the jarringly dark and all too real, Aunt Flo captures the highs and lows of many women’s lived experiences in the modern world.

From the opening bars of Liv Muir Wilson’s brilliant theme song, right through to the rolling credits, this is an expertly realised piece of digital sketch comedy. The transitions are seamless, creating the strange channel flicking world of satirical adverts, menstrual cycle weather reports and scenes of character based comedy. It’s a streamlined and professionally accomplished show that feels very assured in its comedy style; if this were a TV pilot, I would be itching to see it picked up for series. The balance of biting satire, weird humour and cringingly relatable content is achieved to perfection within this cavalcade of hilarity, and I surely hope this won’t be the last we see from the prestigious halls of Aunt Flo’s School for Girls.